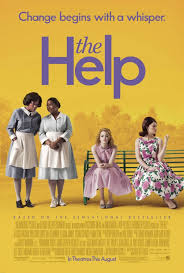 Last night I took my daughter to see The Help. I laughed. I sighed. I shook my head. I said, "Amen sister!" I was embarrassed. By the time the movie ended, the audience was clapping and my heart ached for the characters in the film. It ached, in great part, because the story was all to familiar.

I was born in Georgia during the great social upheaval of the civil rights movement and the Vietnam war. But I didn't know that. I lived in a middle class, white neighborhood. I rode my shiny blue bicycle in the driveway and played Matchbox cars, house, and Little People with my best friend, Jeanne. All my parents friends were white. All my school mates were white. Until I entered 4th grade the only black people I knew were two little girls whose mother cleaned for my Great-Aunt Bell.

I remember a picture of the three of us little girls sitting on the wide front porch steps of my Aunt's home. They were beautiful, smiling girls. I wish I could remember their names but I vividly recall my mother telling me that the girls were fascinated with touching my skin and my silky blond hair. It was many years before I realized all she was passing down to me in that one seemingly innocent statement.

I remember going with my uncle, who lived in South Carolina, to visit a black woman who worked in his home. He took her some vegetables from his garden. Even though he was very kind to her and she to him, we stayed in the dirt driveway. He commented later that he'd never been inside her house even though he'd known her for years. It just was not done that way.

I can also remember singing "Eeny, meeny, miney, moe catch a n----r by the toe," on the playground and having no idea what I was actually saying. I remember my family sitting around telling jokes about black people....What did one n----r say to the other n----r...the kind where any so called inferior racial group can easily be inserted into the punch line. And still I did not understand it was wrong. Oh, I felt it in my gut but this was my family, my friends, my world and they thought it was funny. I remember feeling that it must be me who didn't understand how everything worked.

I remember how a young woman I knew was ostracized because it was the gossip that she dated a black boy from across town. I remember the day my mother's favorite soap opera made the disgraceful decision to air an interracial kiss. She said, "What is the world coming to?" and quickly flipped off the switch. I remember a boyfriend asking me if I'd ever consider dating a black boy. I knew the wrong answer to that question would end his affections for me.

I was in high school before I knew about Martin Luther King. One of my first recollections, even though I grew up less than 50 miles from where he is buried, was frustrated adults saying that they would never celebrate a holiday honoring that ungrateful upstart. Sadly, I was in college before a teacher ever told me about Medgar Evers, Soujourner Truth, or Malcolm X.

I remember, as a teenager in need of a way to rebel, I would coax my father into an argument by asking him why he never considered hiring a black mechanic to work alongside him at his auto repair shop.

I never had a close friend outside my race (except for the one I was told I couldn't have in the 6th grade) until I was 30 years old and living in Massachusetts on an Air Force base. Even then I found myself trying to show my family that my friend was somehow "different" than the blacks they knew. That is shameful. Like Skeeter's mother, I didn't have the courage to tell my family just what they could do with their prejudices.

Watching the white women in The Help brought the stinging shadows of my past to the big screen. Thank God for that. Thank God my 7 year old son pays no attention to the color of his friends. Thank God my older children know whomever they love will be accepted into our family.

And still seeing this movie makes me painfully aware that there are still prejudices passed onto the next generation. Sadly, it's always been that way. Who are our children being taught to fear and hate? Who are they told they are superior to? And even if you say it is not so, that prejudice no longer exists....think in terms of subtlety....eeny, meeny, miney, moe....then ask the question again. Who are our children being taught to disdain?

At this point in my life, I'd much rather eat humble pie than Minnie's special chocolate version.

If you don't get it, go see The Help. Then you will. I promise.

Beautiful post, Lisa. Thank you for sharing your experiences.

I've always been thankful that I grew up in an area where I wasn't taught racism. Although my parents were extremely racist, I just chalked it off to the fact that they grew up in Oklahoma and Kansas and they just didn't know any better. Then I lived in Mississippi my senior year. Talk about culture shock!

Unfortunately, racism in America has reared it's ugly head with a vengeance the past decade, every where we turn ... first against Muslims because of 9/11, next against the Hispanics because of the economy (suddenly "they" became an issue), third against blacks because of our first black president -- and all of these together (I believe) because whites in America will soon become THE minority.

When I was growing up you never could have convinced me that in my future, America would take so many backward steps in such a short time.

Hello! I know this is somewhat off topic but I was wondering if you knew where I could get a captcha plugin for my comment form? I'm using the same blog platform as yours and I'm having trouble finding one? Thanks a lot!

Thanks for your thoughtful comment. I bet that Mississippi was culture shock! I lived in Biloxi in the '80's so I know what you are talking about.

I'm sorry I don't know where to get a captcha. Good luck! I should do some research on this because I think it would be helpful to cut down on spam comments. Big Problem Lately..:)

wow....just made plans to go see it with my partner tomorrow.

Important Places On The Web 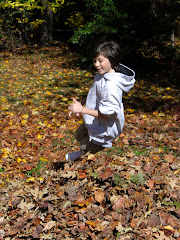 The joy of being a child in the Fall

Blog Catalog Ranking - Check out all the cool blogs listed there 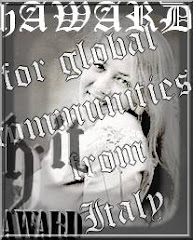 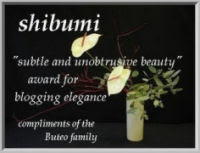